A week before Valentine's Day, I won a Twitter contest hosted by Random House Canada. My prize? A stack of pretty awesome books sans lovey dovey feelings. Here's what I got: 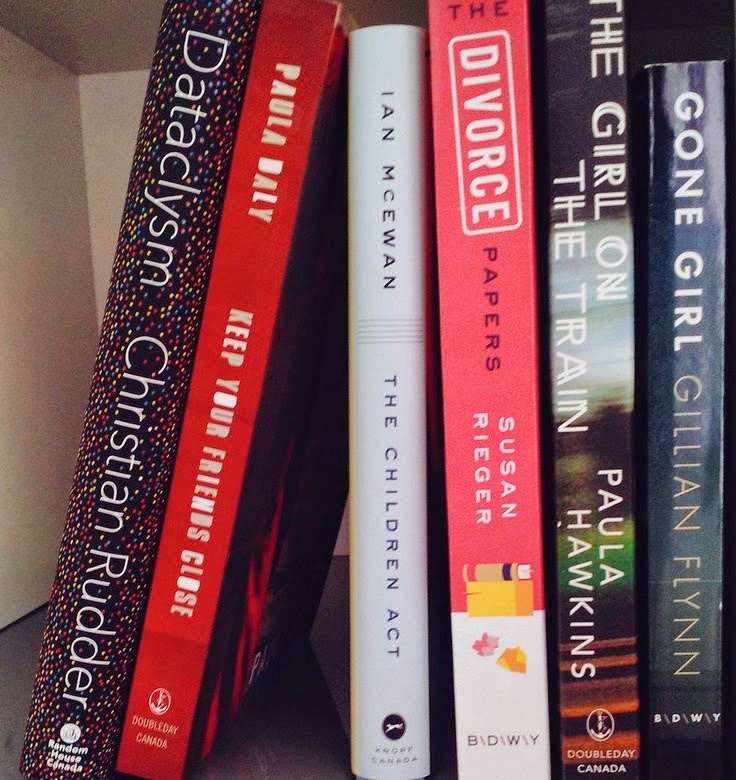 I've already read The Girl on the Train, my review can be found here. I'll be diving into the rest of them soon. Any suggestions on where to start?

Soon To Be Entering My Book Bag

Are you excited for any of tomorrow's new releases? I can't wait to pick up A Darker Shade of Magic by V.E. Schwab. Here's a little bit about the book:

Kell is one of the last Travelers—rare magicians who choose a parallel universe to visit. Grey London is dirty, boring, lacks magic, ruled by mad King George. Red London is where life and magic are revered, and the Maresh Dynasty presides over a flourishing empire. White London is ruled by whoever has murdered their way to the throne. People fight to control magic, and the magic fights back, draining the city to its very bones. Once there was Black London - but no one speaks of that now.Officially, Kell is the Red Traveler, personal ambassador and adopted Prince of Red London, carrying the monthly correspondences between royals of each London. Unofficially, Kell smuggles for those willing to pay for even a glimpse of a world they’ll never see. This dangerous hobby sets him up for accidental treason. Fleeing into Grey London, Kell runs afoul of Delilah Bard, a cut-purse with lofty aspirations. She robs him, saves him from a dangerous enemy, then forces him to another world for her 'proper adventure'.But perilous magic is afoot, and treachery lurks at every turn. To save all of the worlds, Kell and Lila will first need to stay alive — trickier than they hoped.

I managed to get through a few books last week including the ones below. The links will take you to my review:

Email ThisBlogThis!Share to TwitterShare to FacebookShare to Pinterest
Labels: BookBagMonday