This week's teaser comes from Poles Apart by Terry Fallis

Synopsis:
Eve of Equality, a new feminist blog, becomes an overnight sensation when a wildly popular talk show host stumbles upon it, tweets about it, and promotes it on her show. The anonymous blog is intelligent, thoughtful, and bold, brazenly taking on various injustices in the lives of women. But it’s the blogger Eve’s post about the controversial entrepreneur behind XY, a new chain of high-end strip clubs opening up across the country, that sets off a firestorm. In a matter of hours, the site crashes, its Twitter count jumps from a paltry 19 followers to nearly 250,000, and Eve is suddenly lauded as the new voice of modern feminism.

But who, exactly, is the Eve behind Eve of Equality? Well . . . not who you might think. Meet Everett Kane, aspiring writer and fervent feminist. He writes his erudite blog in his new apartment, at his kitchen table, and his life is about to change forever.

Hilarious and smart, and offering timely commentary on a subject that is flooding our headlines, newsfeeds, Twitter streams, and conversations, Poles Apart is Terry Fallis at his best, confirming his status as a king of CanLit comedy.

"Some researchers believe this kind of gender-specific behaviour has always been, or has somehow become, written into our DNA. Others still believe that even in the most gender-neutral households, children cannot be completely isolated from the daily onslaught of stereotypes in books, in music, on television, on the radio, on iPads, online, and in countless other aspects of their daily lives." (p203)
Posted by OrieMG at 12:00 AM 5 comments:

Email ThisBlogThis!Share to TwitterShare to FacebookShare to Pinterest
Labels: TeaserTuesday

The final edition of my 2015 Giller Prize feature Fifteen Dogs by André Alexis.

Teasers:
Olympus, the city, lies atop Olympus, the mountain. Much more than that cannot be said because it is, as any city is, a correlative of the minds that made it. Travel through Olympus would be revelation of the imagination that conceived the city. That imagination being divine, no human language can express it. (p91)


Tonight is the night! The winner of the 2015 Giller Prize will be announced at the gala this evening. Which of the nominees was your favourite?
Posted by Unknown at 12:00 AM 4 comments:

I just finished reading Martin John by Anakana Schofield and... whoa. I can't even gather my thoughts to write a proper review so here are a few of the words my brain was able to come up with... 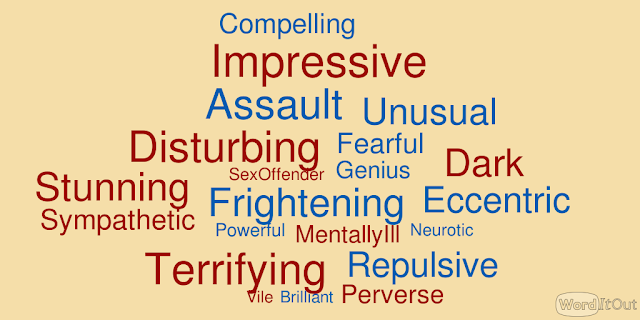 This book is disturbing and so well written. A definite must read!
Posted by Unknown at 3:13 AM 1 comment:

Email ThisBlogThis!Share to TwitterShare to FacebookShare to Pinterest
Labels: GillerPrize


Synopsis from the publisher's website:
What’s the point in solving murders if we’re all going to die soon, anyway?

Detective Hank Palace has faced this question ever since asteroid 2011GV1 hovered into view. There’s no chance left. No hope. Just six precious months until impact.

The Last Policeman presents a fascinating portrait of a pre-apocalyptic United States. The economy spirals downward while crops rot in the fields. Churches and synagogues are packed. People all over the world are walking off the job—but not Hank Palace. He’s investigating a death by hanging in a city that sees a dozen suicides every week—except this one feels suspicious, and Palace is the only cop who cares.

The first in a trilogy, The Last Policeman offers a mystery set on the brink of an apocalypse. As Palace’s investigation plays out under the shadow of 2011GV1, we’re confronted by hard questions way beyond “whodunit.” What basis does civilization rest upon? What is life worth? What would any of us do, what would we really do, if our days were numbered?

Mini Review:
The Last Policeman was a very compelling read. In this pre-apocalyptic novel, we meet Henry Palace, a newly promoted detective. Henry refuses to stop investigating a suspected murder case despite having the knowledge that the Earth and its inhabitants will be eradicated by an asteroid.

The events laid out in the book lead readers to ask more questions than a typical "whodunit" mystery. It leads you to reflect on what you would do if you only had 6 more months on Earth. Would you continue living your life? Go on an extended vacation? Or just choose to end it all by your own hand?

This is the first in the Last Policeman Trilogy. I really enjoyed this book and I can't wait to continue reading about Henry Palace in the sequel, Countdown City.

I was introduced to The Last Policeman series through The Morning Show Book Club. You can read more about the book club and its next featured read, Black Swan Green by David Mitchell, here.

Week 4 of my 2015 Giller Prize feature is a teaser from Daydreams of Angels by Heather O'Neill. Enjoy!

Teasers:
The old man had spent his whole life in this neighbourhood. when he was younger and met girls in the big dance halls downtown, he wouldn't tell them that he lived in Little Burgundy. It had always been working class and poor. And it was literally downhill and on the other side of the tracks. A girl would look for a boy from Westmount or Outremont if she had any sense, not a boy from this part of town. (p235)

Only one week to go! November 10 is the big day. Who is your favourite to win this year's Giller Prize?
Posted by Unknown at 12:31 PM No comments: