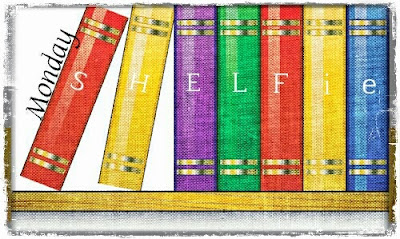 I hope all of the mothers out there were spoiled and had a chance to unwind yesterday. We enjoyed the beautiful weather outside and had a fun filled day at Canada's Wonderland. Once we got home, the kids were so exhausted that they both went down for a nice long nap. (Mission accomplished!)

Last week, I reviewed three books, each from a different genre:


Here's what I'm hoping to read this week:

A God in Ruins by Kate Atkinson (Publishing Date: May 5, 2015)
In Life After Life Ursula Todd lived through the turbulent events of the last century again and again. In A God in Ruins, Atkinson turns her focus on Ursula’s beloved younger brother Teddy – would-be poet, RAF bomber pilot, husband and father – as he navigates the perils and progress of the 20th century. For all Teddy endures in battle, his greatest challenge will be to face living in a future he never expected to have.

Welcome to The Shore: a collection of small islands sticking out from the coast of Virginia into the Atlantic Ocean. Where clumps of evergreens meet wild ponies, oyster-shell roads, tumble-down houses, unwanted pregnancies, murder, storm-making and dark magic in the marshes. . .

Situated off the coast of Virginia's Chesapeake Bay, the group of islands known as the Shore has been home to generations of fierce and resilient women. Sanctuary to some but nightmare to others, it's a place they've inhabited, fled, and returned to for hundreds of years. From a half-Shawnee Indian's bold choice to flee an abusive home only to find herself with a man who will one day try to kill her to a brave young girl's determination to protect her younger sister as methamphetamine ravages their family, to a lesson in summoning storm clouds to help end a drought, these women struggle against domestic violence, savage wilderness, and the corrosive effects of poverty and addiction to secure a sense of well-being for themselves and for those they love.

Together their stories form a deeply affecting legacy of two barrier island families, illuminating 150 years of their many freedoms and constraints, heartbreaks, and pleasures. Conjuring a wisdom and beauty all its own, The Shore is a richly unique, stunning novel that will resonate with readers long after turning its final pages, establishing Sara Taylor as a promising new voice in fiction.

I'd love to hear what books you have on the go, let me know in the comments below. (I really didn't mean for it to rhyme...)
Posted by Unknown at 12:00 AM