If I Fall, If I Die By Michael Christie 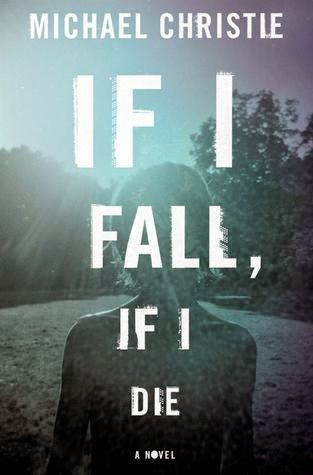 Synopsis
Will has never been to the outside, at least not since he can remember. And he has certainly never gotten to know anyone other than his mother, a fiercely loving yet wildly eccentric agoraphobe who drowns in panic at the thought of opening the front door. Their little world comprises only the rooms in their home, each named for various exotic locales and filled with Will's art projects. Soon the confines of his world close in on Will. Despite his mother's protestations, Will ventures outside clad in a protective helmet and braces himself for danger. He eventually meets and befriends Jonah, a quiet boy who introduces Will to skateboarding. Will welcomes his new world with enthusiasm, his fears fading and his body hardening with each new bump, scrape, and fall. But life quickly gets complicated. When a local boy goes missing, Will and Jonah want to uncover what happened. They embark on an extraordinary adventure that pulls Will far from the confines of his closed-off world and into the throes of early adulthood and the dangers that everyday life offers. If I Fall, if I Die is a remarkable debut full of dazzling prose, unforgettable characters, and a poignant and heartfelt depiction of coming of age.

Review
I requested a digital copy of this book from NetGalley in exchange for an honest review.

If I Fall, If I Die is an interesting coming of age story about a young boy named Will. Will lives in various places including Toronto, San Francisco and Paris. Unfortunately, these places are confined within the walls of his home located in Thunder Bay, Ontario. For as long as he can remember, Will has lived Inside with his mother. It isn't until he turns 11 that his curiosity finally gets a hold of him as he ventures to the Outside. After this first experience, Will can no longer contain his urge to leave the safety of his home and eventually convinces his agoraphobic mother to allow him to go to school. There he befriends a boy named Jonah who teaches how to be a kid.

I'm still on the fence about how I feel about this book. I often had to force myself to push through and at one point considered not even finishing it. I'm glad I did because despite the parts that dragged on, the story itself is a good one. The characters are easy to relate to and it's very interesting to follow Will as he continues to learn about the mysterious Outside.