Let's Take a Shelfie is the fourth stop on the Simon & Schuster Blog Tour for Sandrone Dazieri's thriller, Kill the Father.

Synopsis:
In this fascinatingly complex thriller, two people, each shattered by their past, team up to solve a series of
killings and abductions—unspeakable crimes that turn out to be merely the surface of something far
more sinister.

When a woman is beheaded in a park outside Rome and her six-year-old son goes missing, the police
unit assigned to the case arrests the woman’s husband and awaits his confession. But the city’s Chief of
Major Crimes has his doubts and assigns two of Italy’s top analytical minds to the case: Deputy Captain
Colomba Caselli, a fierce, warrior-like detective still reeling from a horrific mass killing she survived, and
Dante Torre, a man who spent his childhood trapped inside a concrete silo. Fed through the gloved hand
of a masked kidnapper who called himself “the Father,” Dante emerged from his ordeal with crippling
claustrophobia but, also, with an unquenchable thirst for knowledge.

All evidence suggests that the Father is back at work and wants a reunion with Dante. But when Colomba
and Dante begin unraveling the truth, they find themselves wanted for murder. Now Dante and Colomba
must travel down a number of dark tunnels, both literal and figurative, as they confront the question that
may solve it all: what lies beneath the water in a remote Italian quarry? And what might that revelation
mean for ten children who have recently gone missing?

An instant breakout novel in Italy, Kill the Father boasts a brilliantly layered plot that offers new and more
haunting revelations at every turn. Not since Thomas Harris’s The Silence of the Lambs has there been as
intriguing a pairing of hard-charging female detective and “damaged” savant, and not since Jo Nesbo has
there been a foreign thriller talent as promising.

Review:
First book and first review of 2017 and I sure picked a doozy!

If you were following along in the last couple months of 2016 you would have noticed a trend, I was
listening to a ton of audiobooks and reading a bunch of memoirs. Fast forward to the first few weeks of
January where I was happily lugging around a 500 paged book everywhere I went. The cover, or maybe
just the title, got its share of second glances on public transit. 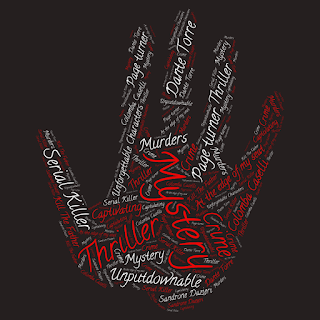 Kill the Father by Sandrone Dazieri is the first psychological thriller I've read in at least 3-4 months and it's
got me hooked back into the genre. It's filled with unpredictable plot twists and clues to help
the reader solve the crimes left in "the Father's" wake. Dazieri has built a setting that is almost too
real.

The lead protagonists Dante and Colomba are characters you won't soon forget. They are written with
such precision. They are so relatable that you can't help but hold your breath for them during
some of the more intense scenes in the book. I could feel my heart racing and body tensing up during
some of these moments.

If you pick up Kill the Father, and I recommended that you do, you'll be in for a quite a ride and you won't
be disappointed. I cannot wait for the second book in the Colomba Caselli series to be translated to
English. It's either that or I'll have to learn to read Italian.

Have you read Kill the Father? I'd love to hear your thoughts about the book in the comments. if you'd
like to learn more about what inspired Sandrone Dazieri to become a writer, check out my Q&A post with
the author here.

You can also check out the fantastic reviews on the blogs that are a part of this tour: 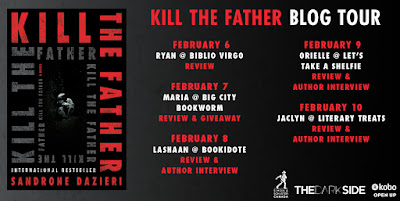 Disclaimer: I received an advanced copy of Kill the Father by Sandrone Dazieri from Simon & Schuster for review and participation in this blog tour. All opinions are my own.
Posted by OrieMG at 12:01 AM